There was pandemonium at Itigidi, Abi Local Government Area of Cross Rivers state as a popular man of God, and General Overseer of Paul’s Ministries, Prophet Paul Abam, was caught burying charms in someone’s house.

Vanguard learnt that the Prophet, who was a Pastor in an orthodox church in Ugep, Yakurr LGA a neighboring town before leaving to open his own ministry, was caught right in the act as he was trying to bury the charm in his “victims” house.

The prophet was paraded around Itigidi, Abi LGA, Cross River in a traditional way to shame him and deter others with such intentions because the act is considered taboo in the area.

An eye witness, who pleaded anonymity, said he was caught after being identified by someone who saw and identified him while allegedly burying the charms in the building.

The eyewitness said that Pastor Abam popularly known as “Miracle Pastor” was paraded in traditional handcuffs after he was caught in the act.

“We apprehended Prophet Paul Abam in his home town Itigidi when he was burying charms in someone’s building and dealt with the matter by parading him in our traditional way to deter others like him,” the witness said.

Interesting facts about Davido and his net worth

Interesting facts about Davido and his net worth

Davido  a 27 years old Nigerian song writer, singer, producer and  business man, was born November 21, 1992,Davido become the best singer in Nigeria and the most higher awards winning artist  in 2018 and 2019 respectively these awards makes him to become the most richest musician in Nigeria, Davido is the owner of Dmw,

Davido is the most influential artist in Nigeria, people, youths, children loves Davido because of the way his live his life, Davido is the only Nigerian artist that that carry youth along and show them way to the success, Davido signed many artist and develop them in his record Label, Davido is only Nigerian artist that bought the most expensive car for his girlfriend  chioma,Davido donated money to the motherless babies, lest privileges,On April 6, 2012, Nigerian Entertainment reported that Davido signed a ₦30 million endorsement deal with MTN. The deal unveiled him as the face of MTN Pulse, a marketing campaign for Nigerian youths. On October 24, 2013, Pulse Nigeria reported that Davido signed  endorsement deal with Guinness Nigeria, as part of the deal, Davido performed at the Guinness World of More Concert alongside P-Square, D’banj, Wizkid, Ice Prince, Burna Boy, Olamide, Phyno, Chidinma, Waje and Tiwa Savage, among others. On May 9, 2018, Guardian Lifereported that Infinix signed an endorsement deal with Davido

In Nigeria the young talented Davido is one of the highest pay artist in 2019, he only compete with WizKid, Davido rank per show within Nigeria is from 6 million to 10 million, that is shows like marriage, wedding shows, party shows, and other celebrations, while outside Nigeria Davido rank 20,2000 dollars to 35,000 for a show,

The number of people that signed a deal with Dmw

Asa Asika, the youngest manager in Nigeria music industry. ASA Asika From Storm records to being Davido’s manager, Asa is set to break barriers. At age 22, he is doing bigger things.

Aboriomoh Femi Raymond also known as Dremo was born on August 26 1993, Dremo is a Nigerian singer and songwriter who started music right from the age of 12 years and he was signed to his first record label, A.P.P.E. Music Entertainment. Dremo is signed to DMW record label.

Yonda was born in 1992, is a Nigerian  songwriter, singer currently signed to Davido Music World record label (DMW), Yonda was signed to DMW on January 2017.

Adewale Mayowa Emmanuel also known as Mayorkun was born on 24, march 1993, Mayorkum is a Nigerian singer and songwriter, signed to DMW label

David Adeleke is currently the richest musicians in Nigeria and possibly Africa. The past year has been exciting for the singer as he bagged several international awards, performed on international stages while selling out shows around the world. His song ‘Fall’ became the first African music video to hit 100 million views on YouTube. The song also made it to Billboard R&B/Hip-Hop Airplay Charts. He has endorsement deals with Infinix Mobility, AXE perfume, Travelbeta,Guinness Nigeria, mtn etc

Over the years ago Nigeria hip hop music was doing very good, in 2019 according to the ranking, here are the names of the top 10 best Nigeria rappers of the year

Mi Ababa a 36 year old Nigeria hip hop star that is ranking number 1 best Nigeria rapper 2019, Mi Abaga started music some years back, Mi Ababa is currently on a deal with chocolate city record rebel, one of the biggest music industry in Nigeria, mi had a good project that make him who he is today, which is Yung Denzel, yung denzel boasts of 10 tracks and feature guest acts like Tay Iwar, Cina Soul, Niyola, Odunsi the Engine, Patricxxlee and Lady Donli.

1. Best Rap Single – The Headies Award 2018 (You Rappers Should Fix Up Your Lives)

2. Lyricist on the Roll – The Headies Award 2018 (You Rappers Should Fix Up Your Lives

17. Lyricist On The Roll – The Headies Awards

Young6ix is a Nigeria number 3 best best rapper 2019, young6ix was born on the 8th of July 1989 in warrior Delta State of Nigeria,

Real name, Aboriomoh Femi Raymond, he was born on the 26th of August,1993. He is currently 26 years old. He is from Edo state in Southern Nigeria

Folarin Falana born October 27, 1990, Falz is  29 years, better known by his stage name Falz, is a Nigerianrapper, songwriter and actor.

Falz is from Lagos state of Nigeria. 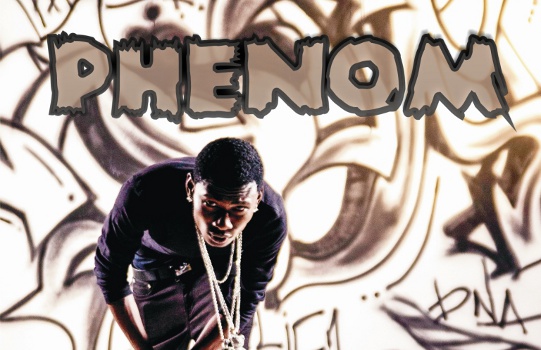 Topa Onimowo known by his stage name Phenom is a young Nigerian Hip-Hop artist, he sign by knighthouse

Erhiga Agarivbie well known by his stage name Erigga is a fast rising Nigerian hip hop recording artist born on March 30, 1987. A 32 year Erigga is the first in a family of five children and originally hails from Warri, Delta state. Erigga is currently signed with Emirate Empire . 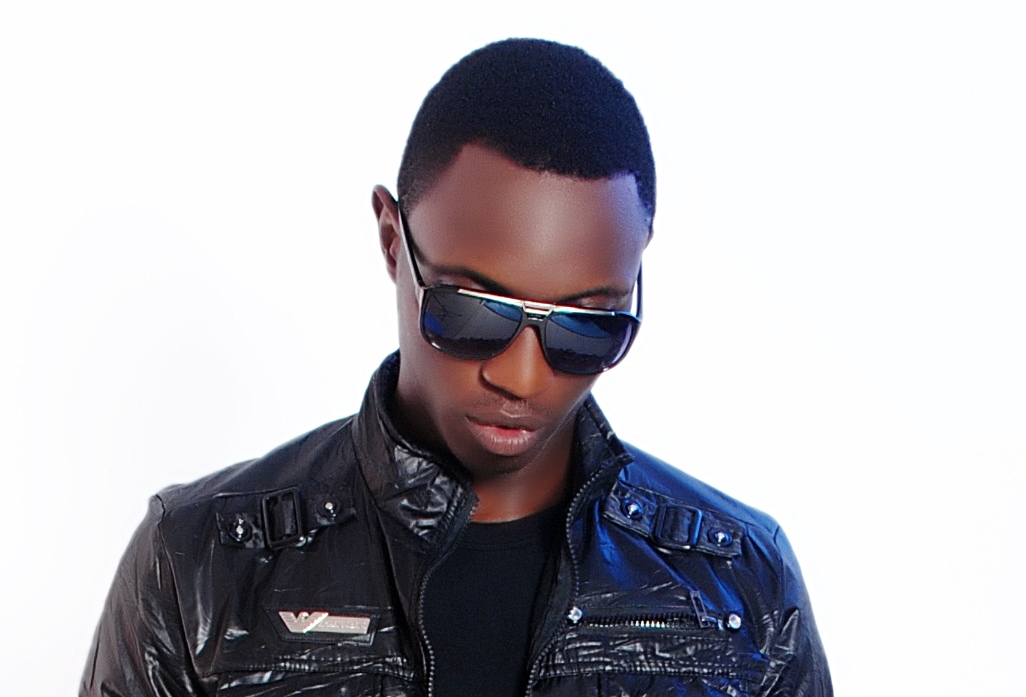 Gilbert Bani, popularly known by his stage name A-Q, is a Nigerian rapper and songwriter.

AQ was born August 1, 1986 , He won award with his single “Agu Ji Ndi Men”, this single was nominated for Best Rap Single at The Headies 2016

A-Q signed his first record deal in 2001 with Big Leaf Records where he was for two years before he started working on his own in 2003. Currently AQ is with Hustle inc label

Joachim Ikazoboh Is well known by his stage name Loose Kaynon , he is a Nigeria rapper, songwriter and MC born on June 14, 1985.

He was signed to Loopy Music
in 2012 and since their merger, he has been with Chocolate City. Loose
Kaynon is also the founder of Wax Lyrical, the number one Hip Hop show
in Nigeria.

Aubrey Drake Graham is a Canadian rapper, singer, songwriter, record producer, actor, and businessman. Drake gained recognition as an actor on the teen drama television series Degrassi: The Next Generation in the early 2000s.

Drake father and his mother

The multi Grammy awards winning rapper Drake has had two shots at fame. He first came to prominence in the teen soap Degrassi: The Next Generation in the role of Jimmy Brooks, a wheelchair-bound character he played for seven years. After leaving the show he became one of the biggest rappers on the planet after signing a deal with Lil Wayne’s label Young Money Entertainment. He found his own label, OVO Sound, fronting the NBA’s Toronto Raptors as the team’s global ambassador. It’s no surprise that Jay Z labeled him as the Kobe Bryant of hip hop

Drake  have a son name Adonis, Adonis mother is Brussaux, Adonis was born on October 11, 2017; with Drake’s birthday on October 24, that joint birthday party should be one for the books.

Aubrey Drake Graham was born  in Toronto, Ontario. His father, Dennis Graham, is black American and a practising Catholic from Memphis, Tennessee, and worked as a drummer, performing alongside country musician Jerry Lee Lewis. … He is a dual citizen of the United States and Canada.

Drake dropped out of Vaughan Road Academy at 15 to pursue an acting career.  In 2012, 10 years after dropping out, Drake went back to school to earn his high school diploma.  Shortly after graduating, Drake tweeted about the achievement, “97% on my final exam. 88% in the course. One of the greatest feelings in my entire life. As of tonight, I have graduated high school!” he wrote.  In short, finishing his education made him as elated as winning a Grammy.

Drake started his career as a child actor (on Canadian TV show Degrassi: The Next Generation), Drake’s musical journey began with the self release of two mix tapes: 2006’s Room For Improvement and 2007’s Comeback Season. Both songs made Drake  become famous , however, New Orleans rapper and entrepreneur Lil Wayne invited Drake to tour with him in 2008 and soon established himself as the young Canadian’s mentor. The following year, a still unsigned Drake released his third mix tape, So Far Gone, on 13 February, as a free download on his OVO blog. The results led to a highly publicised bidding war to sign him; Lil Wayne’s Young Money Entertainment emerged victorious and subsequently used the mix tape as the basis for the So Far Gone EP, released on 15 September 2009